When switching files between Windows and Mac, the portable external drive is the most frequently-used tool. However, when you insert the Windows NTFS drive into Mac, you must have found that you can only read the NTFS drive, but cannot write data into the drive.

As the default file system on Windows computer, NTFS format is created for quick plug and file transfer for Windows users. However, the proprietary is designed to open and read files for Mac, instead of copy files to the NTFS format disk. 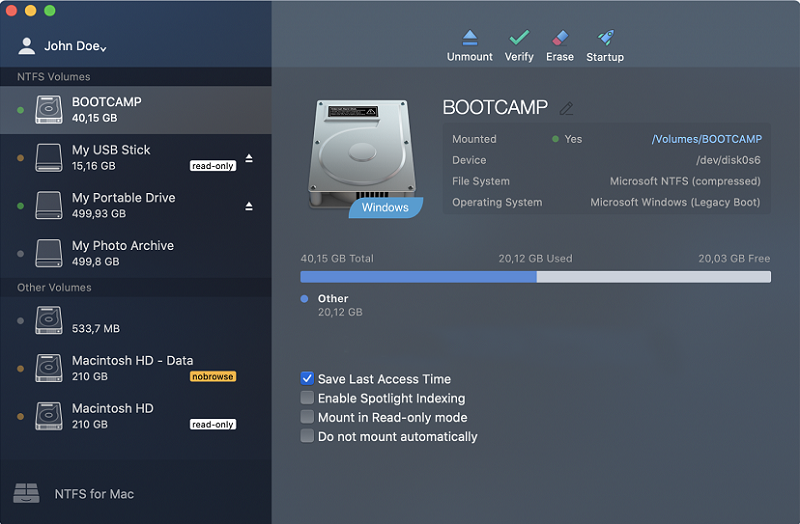 In this guide, you will discover 4 solutions to deal with the dilemma and enable NTFS to write for Mac.

The basic reason for not writing to NTFS on Mac is the incompatible file system. So, for solving the problem, the basic solution to this problem is changing the file system from NTFS to Mac compatible formats by formatting NTFS.

Note : Formatting the NTFS disk will erase all data and you should backup data from the NTFS disk to your Windows computer firstly. (Data lost after format? Recover data from formatted drive here.)

Then, follow the steps below to format the NTFS drive.

Select your NTFS disk from the left sidebar, and click the 'Erase' tab on the top menu > Then a pop-up window will appear, where you should give a new name of the NTFS disk optionally and select the format from the drop-down list. Here you can select 'ExFAT' or 'MS-DOS (FAT)'.

After confirming that, click 'Erase' to format the NTFS drive immediately.

MS-DOS (FAT): Windows and Mac computer can read and write files from this file system drive, but it only allows file transfer of size 4GB and below.

ExFAT: Windows and Mac computer can read and write such file system drive, and supports the file size larger than 4GB. However, Mac running in OS X 10.4 Tiger and before does not support this file system. Most consumer electronics (cameras, camcorders, video game systems) don't support exFAT.

If you want to write to NTFS files on Mac by formatting, then the file system recommended to you is FAT and ExFAT.

Though Mac does not write to NTFS, you could install the Microsoft NTFS driver for Mac for writing access.

Though there are free NTFS drivers for Mac, the free version carries the slow speed to write to NTFS and there are reported corrupted NTFS cases from the users.

As a result, we will take Paragon NTFS for Mac as an example to show you how to write to NTFS.

It offers the free trial with no limitation for 10 days, and it can be extended to 5 more days if you would share the product information with your Facebook friends.

Step 2 Write to NTFS on Mac

After activation, this software will be restarted. Then you can obtain the full read-write access to any type of NTFS.

Just open the NTFS disk on Mac, and you can easily write the data like modify, delete and transfer data on Mac directly.

Another third-party tool that can help you write to NTFS drive is Apeaksoft Mac Cleaner.

This software is the all-in-one Mac data cleaner and manager. Not only write to NTFS files, you could also benefit from its tools from its ToolKit like uninstall apps, optimize system, protect privacy, mange files, hide/encrypt files, check Wi-Fi status, compress/extract files from 7z and RAR.

What's more, it can be the powerful data cleaner to clean the junk files, old & large files, duplicated photos, duplicated Finder, and more.

Free download this software on your Mac computer, install and run it immediately.

In the main interface, you should select 'ToolKit'.

In the popup window, you should select 'NTFS'.

After that, insert your NTFS disk into Mac, and click 'Write'.

Select your NTFS disk and click 'Write' at the bottom-left corner, and it will open a window where you should select the files that you want to transfer into this NTFS disk.

After you complete the file writing, you should click 'Eject' to exit the MTFS drive.

Very easy, right? This software deserves having with more functions on Mac.

The last solution to write to NTFS is the tested solution, not the official one. The solution is still unstable and may never be fully stable.

First, make sure your drive has a single-word label. If it does not, just change its label.

Step 2 Type the following command into Terminal to open the ' /etc/fstab file'.

Step 3 Add the following line to nano, replacing 'NAME' with the label of your NTFS drive:

Step 4 Press Ctrl+O to save the file after you're done, and then press Ctrl+X to close nano.

Step 5 Connect the NTFS drive to the computer, unplug it and reconnect it. Then you will see it under the '/Volumes' directory.

In a Finder window, you can click 'Go' > 'Go to Folder' and type '/Volumes' into the box to access it, because the NTFS drive will not pop up automatically like other drivers normally no on your Mac.

The last solution is the not recommended, you should not blame us or Apple if it does not work.

While it is very normal to write to NTFS on Windows, it comes to be tough to do that on Mac. This post gathers top 4 ways to enable NTFS writing on Mac by formatting the NTFS to FAT or ExFAT, mounting the Windows NTFS driver for Mac to write to NTFS files, use the third-party software, Apeaksoft Mac Cleaner to write the files into NTFS directly and exploit the experimental solution from Apple.

Which way is your favorite one?

Do you have any better solution?

Let me know b leaving your comments below.

The NTFS-3G driver is a freely and commercially available and supported read/write NTFS driver for Linux, FreeBSD, Mac OS X, NetBSD, Solaris, Haiku, and other operating systems. Oct 03, 2020 Enable NTFS Write Support on Mac for free. To enable write support on an NTFS-formatted external drive, you can install an NTFS driver. That way, the existing data remains intact, and you can read/write to the drive on both macOS as well as Windows. 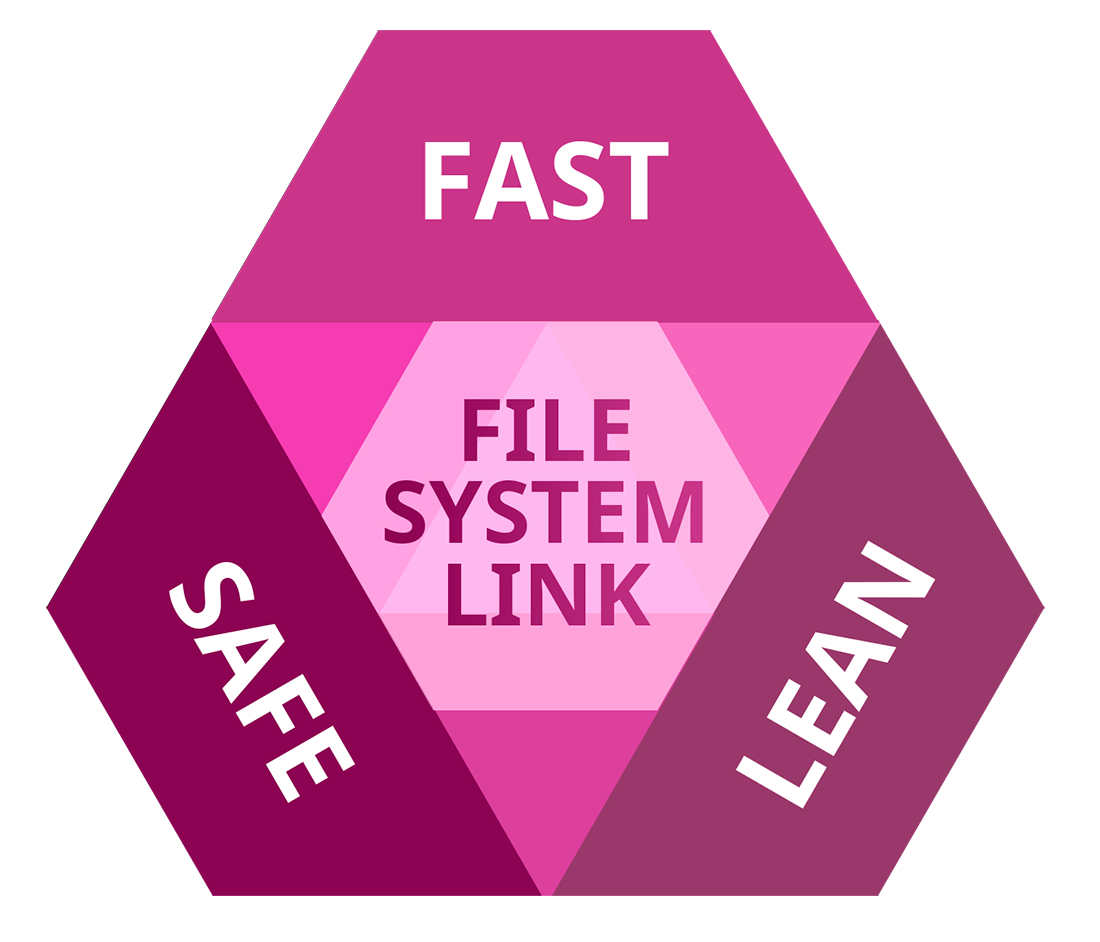 This document outlines how to install the NTFS-3G driver on Mac OS X systems. This driver allows for Mac OS X (version 10.4 and later) to write to NTFS formatted drives.

The NTFS-3G driver can be freely downloaded here.